Where is the oil market heading? 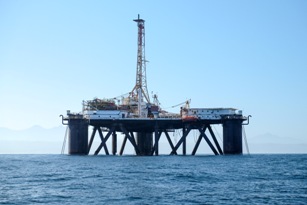 Today’s oil price crisis is not an oil market story but a global economy story, delegates at a Gastech webinar heard

Contrasting the birth of OPEC + alliance in 2016 with the recent G20 and OPEC ++ partnership, Dr Nakhle commented that OPEC+, the chief architects of which had been Saudi Arabia and Russia,  had been forged to tackle the challenge of US shale supply, which had become too big for OPEC to deal with on its own.  This had succeeding in putting a floor on the oil price.

But today’s challenge is a bigger one - not just a supply challenge but a “massive destruction of demand”, a challenge that OPEC + could not deal with on its own, she commented. New data had revealed the severity of the impact of the coronavirus, with the IMF drastically revising its growth predictions downwards and describing it as a ‘crisis like no other’. The impact of lockdowns and travel restrictions has had a direct impact on oil demand, leading to a free fall in oil prices, with the IEA forecasting a drop in demand of 9.3mn bpd for 2020.

Will the new G2o ++ partnership deliver the necessary reductions in supply, or will more be needed? That will hinge on what happens in the global economy, said Dr Nakhle. “This is not an oil market story – it’s moved beyond the key players of the industry.  It’s the story of the global economy being hit by a global pandemic.

“It’s a question of the shape of the recovery – will it be a rapid V-shaped, recovery? Or will it be a much longer, U-shaped recovery?” A key factor will be how quickly and successfully lockdowns are removed, and whether there will be new peaks which could lead to lockdowns being reimposed, she said.

Turning to the impact on gas, Dr Nakhle pointed out that there is not a global well-established market for gas, unlike oil, and the gas market is more fragmented, with the penetration of gas in the energy mix varying from country to country.

“But natural gas has been hit by the same forces that have affected the oil sector, ie the global economy,” she said, noting that gas markets, like oil markets, were already oversupplied before the onset of the COVID-19 pandemic.

In the case of the USA, the largest gas producer in the world, much of its gas production, especially shale, is associated gas, she noted.  So if there are a lot of production shut-ins, especially of shale oil or tight oil, the excess gas supply could be absorbed, putting an upward pressure on prices. But this is likely to be more subdued than it would have been under different market conditions. There could be an impact on FIDs of US LNG projects, and US exports.

On the investment scenario, Dr Nakhle noted that the capex cuts of at least 20 per cent which the industry had imposed could worsen “if oil prices do not recover and the outlook remains as grim as it is now”. These are hitting the development phase the most, with projects being put on hold, delayed or even cancelled, particularly upstream projects. Whether that affects supply in the future depends on the scale, she said.  While concerns have been raised about the impact on future supply, she pointed out that fears in the previous downturn about investment cuts translating into supply shortages had not materialised. There could be a ‘deja vu’ scenario with improvements in efficiency, cost deflation and government policies such as changes to fiscal regimes helping to compensate for lower oil prices, she suggested.

Are there other interventions that could bring some relief to the industry over the next 12 months?

There is a lot governments can do which can positively impact the investment climate, such as ensuring favourable fiscal regimes and licensing terms, said Dr Nakhle. However, before the crisis there was a mounting outcry against government support for the industry as a result of climate change concerns, with even fiscal incentives seen as subsidising the industry. In the USA for example, some are calling for government support for the shale industry to be contingent on concessions to protect the environment, such as reducing flaring and the carbon intensity of production.

“We’re going to see the industry being required to make concessions to maintain the energy transition agenda,” she said.

In reference to the impact COVID-19 will have on the energy transition, which prior to the pandemic was at the top of the agenda at any oil and gas industry event, she said, “Compared to what was happening earlier this year, we can see a massive deceleration in the excitement surrounding the energy transition.  Investment in greener and renewable energy is going to suffer, like any other investment. But green energy projects, in particular renewable energy projects, require government support, directly or indirectly. In an era when government budgets are squeezed, it depends on the shape of the recovery. If it’s a v-shaped recovery, we go back to the enthusiasm before the crisis, but if it’s a slower economic recovery, renewable energy and green energy in general are going to face a harder time.” Irrespective of the shape of the recovery, green energy will face tougher competition because of low oil prices, she concluded.