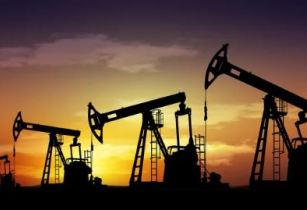 AIM-listed SDX Energy, the MENA-focused energy company, has completed the drilling at the MSD-25 infill development well on the Meseda field in its West Gharib concession, Egypt, where SDX has 50% working interest

MSD-25 encountered the primary top Asl Formation reservoir at 4,109ft MD (3,361ft TVDSS) and reached a TD of 4,385ft MD. The well encountered 84.8ft of good-quality, net oil pay sandstone, with an average porosity of 26.1% in the Asl Formation reservoir. MSD-25 will now be tied-in to the existing facilities and flow tested, and it is expected to be in production within two to three weeks.

MSD-25 is the second well in a fully-funded, 13-well development campaign on the Meseda and Rabul oil fields in the West Gharib concession, Egyptian Eastern Desert. The development drilling campaign is aimed at growing production to approximately 3,500 - 4,000 bbl per day by early 2023.

The rig will now move to the next well in the campaign, MSD-20, which is expected to spud in mid-to late-March 2022.

Mark Reid, CEO of SDX, commented, “The logs from MSD-25 are encouraging, implying a 36% larger pay zone than in MSD-21 with porosity also being good at 26.1%. The well will now be connected to our infrastructure and flow tested and we will update the market on the results of this in the coming weeks. With the oil price now at multi-year highs, West Gharib is a very high margin asset in our portfolio, MSD-25 and subsequent wells will boost the production and cashflow from these fields in the coming months. I look forward to updating the market further as the campaign progresses.”