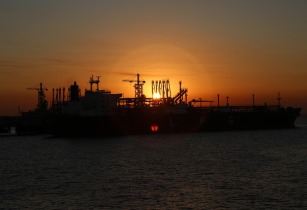 The petroleum complex continued to tumble Monday, with Dated Brent falling below US$30 per barrel, and some gasoline crack spreads turning negative, as measures taken to slow the spread of the coronavirus have drastically slowed demand

With government officials around the world increasingly ordering people to remain at home and also closing borders, gasoline and jet fuel consumption have been especially hard hit.

While the rate of growth of the coronavirus has slowed in China, cases outside of the country continue to grow. According to Johns Hopkins University, there were 179,165 confirmed cases of the virus Monday, with 81,032 of those in China.

Claudio Galimberti, head of demand, refining and agriculture analytics for S&P Global Platts, said, “The simultaneous shutting down of countries in Europe, US and parts of Asia will have a very profound effect on global demand. April demand will be much worse than March, and March than February.”

S&P Global Platts assessed Dated Brent at US$27.945 per barrel Monday, the first time the benchmark has fallen below US$30 per barrel since 11 February 2016.

“This is painful. But there is still more downside to oil prices,” said Shin Kim, Platts head of supply and production analytics.

While demand is getting hammered, crude supply is set to increase, following the failure of OPEC and its allies to come to a production-cut agreement, which subsequently led to a battle for market share by Saudi Arabia and Russia.

There are currently few signs that negotiators might come to an agreement soon.

“The collapse of OPEC+ suggest that over the medium term that the supply side alone could warrant further selling pressure for Brent crude to test US$20 level,” said OANDA analyst Edward Moya.