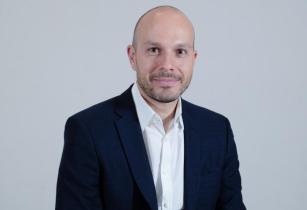 CWT, the B2B4E travel management platform, and its Energy, Resources and Marine (ERM) division, has found through independent research that only 52 per cent of C-suite and senior executives say their organisations have traveller health and safety programmes in places

Only 32 per cent said that their organisations' measure and report on the impact of travellers’ well-being, according to the CWT ERM Annual Report 2020 Vision: A Close Look at the Well-Being of Travelling Employees.

This year’s ERM report is the first to focus primarily on the well-being of travelling employees and includes an independent global survey of nearly 400 C-suite executives and senior leaders in the oil and gas industry.

“The energy, resources and marine industries have long been leaders in understanding and addressing health and safety for their travelling workforce, not least because of the complexities ERM travellers uniquely face en route to, and when they arrive at, their often-remote destinations,” said Raphaël Pasdeloup, senior vice-president and global head of CWT ERM.

“We’re going beyond just getting employees to their worksites safe and on time. We want to make sure they are rested when they get to work too,” he added. “As such, we want to encourage organisational cultures that support the well-being of travelling employees while they’re on the job, and after they’ve returned to their normal routines through monitoring and measured assessments. As our report shows, more work needs to be done in this area.”

The ‘always-on’ work culture and impact on decision-making

As work-related travel continues to rise and travelling employees are becoming more connected than ever before, the notion of always being on, regardless of the time zone, and the lack of privacy and downtime, is making travel more stressful now than in the past, the report finds. And in ERM, this could pose an immediate safety risk, where fatigue-induced decision-making, while on a rig or inside a mine, could put a worker in harm’s way.

Organisations’ top priorities when it comes to traveller well-being

Safety and risk mitigation emerged on top of an organisation’s highest priorities when it comes to the health and safety of travelling employees, with concerns over productivity, health, and well-being coming close behind, according to the report.

In addition to adopting new technologies to manage issues like fatigue, jet lag, exercise and nutrition, the report also offers recommendations on building an organisational culture that supports employee well-being, including getting buy-in from leaders making travel-related decisions and defining targeted interventions to support wellness while travelling.