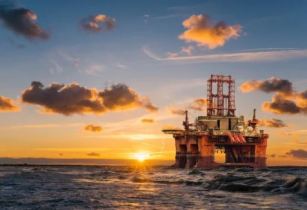 “Supplies from Russia do not appear to have been affected – yet,” comments MUFG Bank. “But the fear that they will be, and that there could be a scramble for other resources, is pushing up costs. Whilst we are not envisaging a full stop in Russian gas exports, we do believe that this – in tandem with the German pause in the certification process of the Nord Stream 2 pipeline – will signal significantly higher (and more) volatile European gas (and utility) prices through the summer and into next winter... the unfolding escalation in military aggression by Russia towards Ukraine could be followed by physical delivery risk of Russian gas supply to Europe.”

“Demand for oil and gas in the West is only rising, and a global energy crisis is likely to unfold,” commented Jarand Rystad, CEO of Rystad Energy. "Russia’s actions took international commodity markets off guard, evidenced by the large price fluctuations. Already strained markets are becoming further stretched as significant oil and gas volumes are now at risk.

”The escalation immediately jeopardises up to one million bpd of crude supplies that transit through Ukraine and the Black Sea, but the long-term disruptions could be far more significant. Rystad Energy’s simulations show that oil prices could surge to around US$130 per barrel, with consumers feeling the squeeze at the gas pump and in their power bills. The reality is that significantly higher prices are on the horizon in Europe and overseas. A complete halt to gas exports from Russia is highly unlikely, but gas piped through Ukraine – which represents 8% of European supply – is very much at risk. Other potential supply sources are inadequately prepared to bridge the gap.

“On the other side, Russian gas exports bring in more than US$300mn for the Kremlin each day – revenues they cannot afford to lose. Germany’s suspension of the Nord Stream 2 pipeline further complicates matters and increases the pressure on the continent to look for other sources to replace those volumes.”