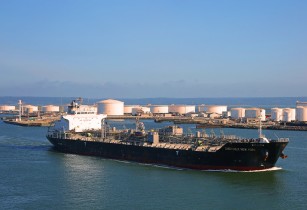 Oil prices fell on Monday as the market realised demand does not rebound as quick as supply needs to balance or even to keep storage from filling, despite the OPEC+ cuts

The gains that oil prices enjoyed last week were not justified, despite the start of the production cuts that OPEC+ has agreed on, said Paola Rodriguez-Masiu, senior oil markets analyst at Rystad Energy.

The market slowly but surely realised that the agreed output reductions are nowhere close to offsetting the sharp demand fall during the second quarter.

Cutting, in effect, a few million barrels pre day cannot cancel the amount of oil that has been pumped so far. Producers have been extracting oil like there was no tomorrow, working on a maximum mode until the end of last month.

Many of those barrels produced are still on route to their destination, having created an impossible storage situation.

“To make matters worse, the supply glut, although smaller than April, is still vast (calculated at around 13 million bpd of oversupply for May), we are in a race of two forces now. The storage filling rate and how quickly global oil demand will rebound,” she added.

Under the current production surplus, storages are still expected to fill before demand manages to bridge the gap, which is set to reduce prices to their lowest levels in this crisis during May, paired with more forced production shut-ins globally.

Demand projections have sobered up last week’s enthusiasm and this, together with the prospect of new US-China trade tensions, have weighted heavily on prices today.

“The price swings we are seeing should not be much of a surprise though, if we consider how commodities markets work: Think of it this way: If you’re a trader you hold your portfolio on positive speculation and sell it off when the enthusiasm subsides. When the market is on a calculated decline though, such bounces in prices are short lived, till the bottom is reached. And the bottom is still ahead of us,” she concluded.