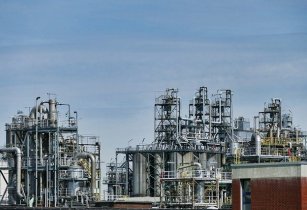 With the price of oil dropping in the international market, Nigeria expected to spend less on importing refined products

Nigeria, Africa’s largest producer of oil with more than two million barrels of crude per day production but dependent on refined products for domestic use, is expected to spend less importing the refined petroleum products in 2020.

Figures released by the Nigeria Bureau of Statistic, the nation’s statistical organ shows that the cost of importing premium motor spirits, PMS, known as petrol dropped by 42 per cent in 2019. The amount spent on PMS represents 66.9 per cent of the total spent on fuels and lubricants in 2019.

Even with a less amount being spent, the importation of fuel products is still taking a chunk of Nigeria’s foreign exchange – 10.1 per cent of total import in 2019, though lower than the 22.4 per cent in 2018.

The Nigerian National Petroleum Corporation (NNPC), the government-owned oil corporation, has been the sole importer of petrol into the country for over 24 months, after private oil marketers who buy from NNPC to distribute to their consumers stopped importing the commodity due to crude price and foreign exchange fluctuations.