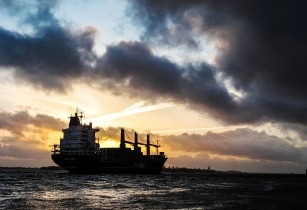 Credit rating agency Moody’s has said in a report that the severity of the credit impact of lower oil prices on oil- and gas-producing sovereigns will vary from country to country, driving divergence in their creditworthiness

The coronavirus outbreak’s squeeze on global oil demand and the breakdown of the OPEC+ agreement earlier this month have created a deep, albeit temporary, shock to oil prices.

Alexander Perjessy, a Moody’s vice president – senior analyst, said, “We don’t currently see the oil price decline as the outcome of a structural shift in the oil market, and fundamentals support our medium-term oil price assumption of US$50-US$70 per barrel.

“However, in light of recent shocks, we have revised our assumptions for 2020 and 2021. The sovereigns most vulnerable to lower oil prices in 2020-21 are those with the highest reliance on hydrocarbons as a source of fiscal revenue and exports, and limited capacity to adjust.”

Major points from the report:

-Moody’s estimates that fiscal revenue and exports would decline by more than 10 per cent of 2019 GDP in 2020 in Iraq and Kuwait compared with the rating agency’s previous projections, in the absence of any adjustment, such as an increase in oil output.

-In Oman, Qatar, Azerbaijan, Saudi Arabia, Republic of the Congo and Bahrain, the fall would be four to eight per cent of GDP.

-The decline would be smaller, at less than three per cent of GDP, in Russia, Kazakhstan, Trinidad and Tobago, Nigeria and Gabon.

-The most vulnerable sovereigns are Oman, Bahrain, Iraq and Angola, where external vulnerability is high and capacity to adjust to the shock is limited.

-By contrast, stronger fiscal positions ahead of the shock buffer the credit implications for Qatar, Russia, Azerbaijan, Kazakhstan and Saudi Arabia.

-And robust sovereign balance sheets will support Qatar and the UAE, and, to a lesser extent, Kuwait, Azerbaijan, Kazakhstan and Saudi Arabia.