IEA members to release 60 mmbbl of oil from emergency reserves 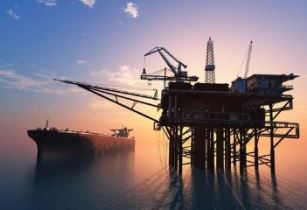 Today’s extraordinary governing board meeting, held at the ministerial level, was chaired by US secretary of energy Jennifer Granholm in her capacity as chair of this year’s IEA Ministerial Meeting.

During the meeting, ministers expressed solidarity with the people of Ukraine and their democratically elected government in the face of Russia’s appalling and unprovoked violation of Ukraine’s sovereignty and territorial integrity.

The IEA ministers noted with concern the energy security impacts of the egregious actions by Russia, and voiced support for sanctions imposed by the international community in response.

The ministers noted that Russia’s invasion comes against a backdrop of already tight global oil markets, heightened price volatility, commercial inventories that are at their lowest level since 2014, and a limited ability of producers to provide additional supply in the short term.

“It is heartening to see how quickly the global community has united to condemn Russia’s actions and respond decisively,” said IEA executive director Fatih Birol.

“I am grateful that IEA member countries made available the initial 60 million barrels to provide stability to oil markets,” Dr Birol added. “I am also happy that our member countries committed to do their utmost to support Ukraine in terms of fuel supply. At the invitation of the governing board, I am also looking forward to welcoming Ukraine Energy Minister Galushchenko as a special guest to our forthcoming Ministerial Meeting later this month.”

IEA members hold emergency stockpiles of 1.5 billion barrels. The announcement of an initial release of 60 mmbbl, or 4% of those stockpiles, is equivalent to two mmbbl a day for 30 days. The coordinated drawdown is the fourth in the history of the IEA, which was created in 1974. Previous collective actions were taken in 2011, 2005 and 1991.

Russia plays an outsized role on global energy markets. It is the world’s third largest oil producer and the largest exporter. Its exports of about five mmbbl a day of crude oil represent roughly 12% of global trade – and its approximately 2.85 mmbbl a day of petroleum products represent around 15% of global refined product trade. Around 60% of Russia’s oil exports go to Europe and another 20% to China.

Ministers also discussed Europe’s significant reliance on Russian natural gas and the need to reduce this by looking to other suppliers, including via LNG, and to continue to pursue a well-managed acceleration of clean energy transitions. On Thursday, the IEA secretariat will release a 10-Point Plan for how European countries can reduce their reliance on Russian gas supplies by next winter.