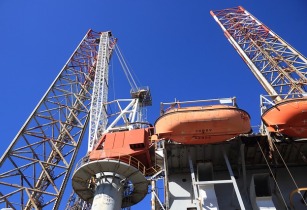 “This just adds another ripple to the growing oversupply pool of global liquids – an overhang for 2Q20 that is already so incomprehensibly massive that it will eventually force shut-ins as oil prices fall below short-run marginal costs and logistical challenges arise,” said Rystad Energy oil market analyst Milan Rudel.

E&P companies are trying to keep oil flowing during the coronavirus outbreak while cutting back on all other activities – including maintenance. Turnarounds increase human-to-human contact adding maintenance crews typically results in more people working at the platform and more rotation.

“Given the current struggle, E&Ps are understandably trying to mitigate the coronavirus risk by implementing their version of social distancing,” added Rudel.

Although INEOS has not yet officially decided on a new date for the FPS maintenance, except stating that it is postponed until August 2020 at the earliest, Rystad sees a case for delaying the turnaround to 2021. Rystad has incorporated a two-month delay to mid-August 2020 in its base case.