Eni and bp to create independent joint venture in Angola 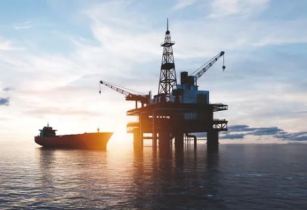 bp and Eni have signed an agreement to form a new 50/50 independent company, Azule Energy, a bp and Eni company, through the combination of the two companies’ Angolan businesses

The agreement follows the memorandum of understanding between the companies agreed in May 2021.

Azule Energy will have a strong pipeline of new projects starting up over the next few years, including the new Agogo and PAJ oil projects in Blocks 15/06 and 31 respectively. It will also develop the New Gas Consortium (NGC), the first non-associated gas project in the country, which will support the energy needs of Angola’s growing economy, its decarbonisation path and strengthen its role as a global LNG player.

Bernard Looney, bp’s chief executive, said, “Eni is a valued partner to be working with in the region. Azule Energy draws on our combined strengths and skills and, more importantly, is anchored in our shared values and beliefs about what the future of energy should be. Ultimately Azule Energy will be able to drive efficiencies and realise new opportunities across an expanded and truly exciting portfolio.”

Claudio Descalzi, CEO of Eni, added, “Combining two world-class businesses into one stronger team, Azule Energy will leverage synergies and high-quality assets, boosting activities in Angola and will have one of the largest portfolios of production, development and exploration opportunities in sub-Saharan Africa. bp shares our values and our approach to just transition and we are very pleased to be partners in this initiative.”