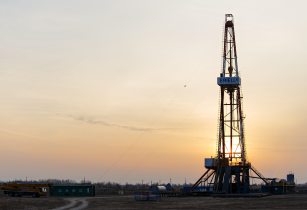 The Vulnerability Index finds that all 25 companies covered are at risk but to widely varying degrees depending on the resilience of their current portfolios and their plans to adapt or transform their businesses.

US independents – Apache, Hess, Noble, Occidental and ConocoPhillips – are clustered at the other end of the index and are most vulnerable. These companies face an existential threat due to non-resilient portfolios and weak transition adaptation strategies.

TJ Conway, Energy Intelligence’s director of energy transition research, said, “Independent E&Ps need to improve their financial resilience and take decisive steps to lower their carbon intensity and diversify operations. Business as usual is not an option for them longer term.”

Top national oil companies (NOCs) – Qatar Petroleum, Petronas and Saudi Aramco – are leaders in portfolio resilience, but are more vulnerable than is generally assumed, ranking fifth, sixth and 11th, respectively. Other NOCs – Sinopec, Rosneft and Ecopetrol – are poorly prepared and rank much lower. “NOCs’ biggest risk is inaction – even the most resilient firms need to develop strong strategies to adapt and transform their businesses,” said Conway.

US supermajors Exxon Mobil and Chevron sit in the middle of the pack and must still prove the viability of their “Big Oil” approach. Although their success hinges on the competitiveness of their portfolios – on cost and carbon efficiency – they are currently only mid-tier on financial and operational resilience, on par with their European peers.

The Energy Transition Service is a new offering from Energy Intelligence that delivers insights, analysis and guidance on how the low-carbon energy transition is unfolding, and which companies and countries are best placed to survive and adapt.