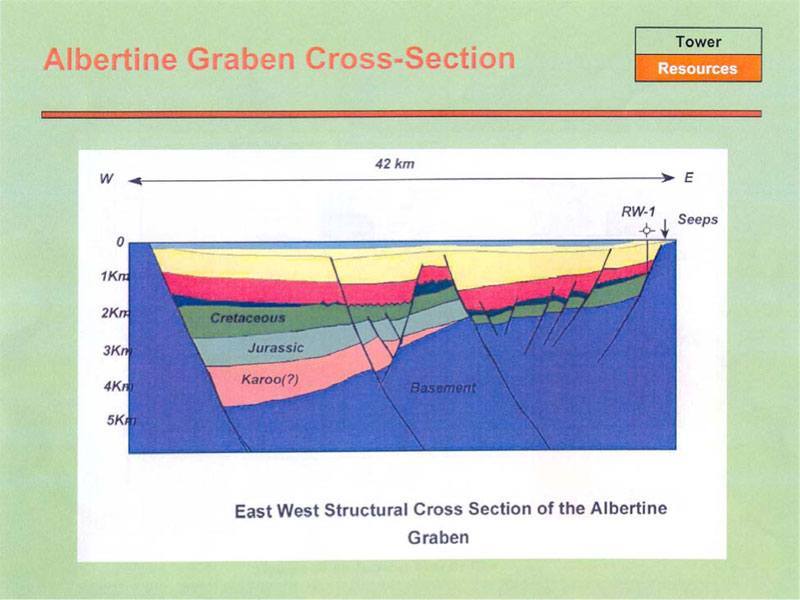 The 400 line-km survey forms part of Vanoil's 2012 work programme which will be included in the upcoming Production Sharing Contract negotiations with the Ministry of Natural Resources of Rwanda. The seismic data after processing and interpretation will enhance the data on revealing the hydrocarbon prospectivity of Vanoil's East Kivu Graben Block.

The northern-most part of the Western Branch of East Africa Rift System (CARS) is the Albertine Graben in Uganda, in the Lake Albert area, which has an estimated oil reserve in place of approximately two billion barrels. This major oil discovery was made by Heritage and Tullow oil companies.

The similar origin (tectonic and stratigraphy) of Kivu Graben with Albertine Graben presupposes a similar sedimentary basin in-fill and therefore makes East Kivu Graben Block an interesting area to explore for hydrocarbons. Its prospectivity is further enhanced by the presence of long-chain hydrocarbons in the lake bottom sediments, which are indicative of the possible existence of an active petroleum system.