Africa has a fight on its hands rising to the challenge of carbon management but the technology to do it is maturing fast. 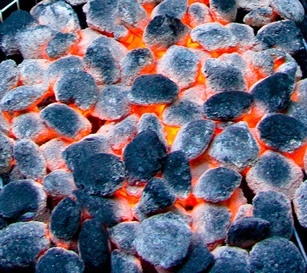 The environmental challenge facing the planet has thrust the oil and gas industry into the spotlight perhaps more than at any other time. This presents it with both challenges and opportunities: one of them is the management of carbon dioxide arising out of upstream field operations.

Carbon dioxide, or CO2, is routinely cited as one of the bad guys of climate change, perhaps the most damaging of the greenhouse gas (GHG) emissions blamed for choking the atmosphere. The Intergovernmental Panel on Climate Change (IPCC) – the leading body for the assessment of climate change, established by the United Nations Environment Programme (UNEP) and the World Meteorological Organisation (WMO) – has called for dramatic cuts in GHG emissions, including CO2, to turn things around.

The IPCC has prescribed a 50 per cent to 80 per cent reduction of GHG emissions by 2050, in order to stabilise GHG emissions at 450 PPM, thereby limiting global warming to 2oC. This is a big test for all, however, not just those participants in the energy sector.

To meet these emissions targets, the world will require a mix of sustainable energy technologies related to energy efficiency, renewable energy and clean fossil fuel based power generation. The same challenges apply to the power sector, the transport industry, and pretty much all segments of the global economy, including ordinary households.

At the same time, the oil industry – in the front line of hydrocarbons production – needs to be seen taking a lead in fighting CO2 and other harmful emissions. And it is. A number of emerging technologies are tackling carbon head on. These include carbon capture and storage (CCS) techniques, one of the high potential technologies now under scrutiny by oil companies, the world over.

Major energy businesses are already alert to the potential of Africa – now one of the world’s established energy producers –and the spread of CCS.

This includes initiatives such as CCS Africa, a body supported by leading academic, industry and science groups, designed to raise understanding of CO2 mitigating technologies in the continent. It is led by the Energy Centre of the Netherlands (ECN). The initiative includes projects that aim to share CCS-related technical, geological, economic and policy knowledge and experience from the European (and other relevant country’s) context with African institutes, and adapt it to the specific local circumstances. For the most part, this has targeted the power sector, with CCS Africa drawing up potential market reports on coal-rich countries like Botswana and Mozambique. It is clear though that it is early days for Africa in CCS technology and development.

“Any efforts on CCS in the target countries should be aimed at the longer term, and would necessarily involve an initial period of awareness raising and basic capacity building,” it said in a report.

The exception perhaps is South Africa, another coal-rich economy, which is keen to take a pioneering role in CCS, as it did in areas such as synthetic fuels years ago. It established the South African Centre for CCS in 2009, a first step in the creation of a CCS industry.

The first activities of the new centre include the development of a CO2 geological storage atlas and a roadmap for CCS in South Africa, with a vision of achieving an initial demonstration project by 2020. With work still in an embryonic stage, it means major corporate involvement is still not as evident as in certain other locations, notably the developed economies.

The Middle East is also ahead with the likes of Mitsubishi Heavy Industries (MHI) of Japan opening a dedicated office in Abu Dhabi last year, specifically targeting areas such as CCS, and enhanced oil recovery (EOR) using CCS.

CCS-EOR involves technologies enabling effective recovery of oil by injecting the oil layer with CO2, which is separated and recovered from flue gas emitted from power generation plants and other sources. While these technologies are expected to boost Abu Dhabi’s oil economy, it is an additional cost burden that may not yet be ripe for many of Africa’s emerging markets. Abu Dhabi was named as the world headquarters for the newly formed International Renewable Energy Agency (IRENA) in2008.

But CCS is more than just an experimental technology and is now active in various guises at several flagship fields around the world, including Africa. At one of Algeria’s biggest natural gas fields, In Salah, operator BP has a system to re-inject CO2 into deep wells, which significantly reduces overall GHG emissions. To avoid venting the gas into the atmosphere, BP and its partners, Sonatrach and Statoil, recruited engineers from JGC and KBR to design CO2 capture facilities, which then inject CO2 into a brine formation approximately one mile below the surface.

In Europe, Statoil has played a similarly pioneering role in the deployment of CCS technology in its home Norwegian market. The company has even produced a comprehensive ‘carbon road map’ – a detailed compendium of carbon dioxide sources, transport mechanisms and long-term storage initiatives. One of Statoil’s flagship CCS initiatives is at Western Europe’s only liquefied natural gas (LNG) plant, which takes its gas from the Snøhvit field in the Barents Sea. The Snøhvit gas contains 5-6 per cent CO2 which freezes to solid matter (so-called CO2 ice) at a higher temperature than natural gas. It must therefore be removed before the gas is cooled into LNG.

There, it is stored in a suitable geological layer of porous sandstone called the Tubåen formation. This structure lies 2,500 metres beneath the seabed and under the layers in Snøhvit containing gas. More than 700,000 tonnes of carbon dioxide are to be stored annually at the site.

A separate monitoring programme has also been established, which is being part-funded by the EU, to examine how the carbon dioxide behaves in the reservoir.

Norway is leading in other ways too. It’s Technology Centre Mongstad (TCM), currently under construction, is the world’s largest facility for testing and improving CO2 capture, supported by companies including Statoil, Shell and Sasol.

TCM’s administration hub was unveiled recently by Norwegian energy minister Terje Riis-Johansen, a key step in the construction process, which is scheduled for completion in 2012.

“TCM is taking a leading position internationally through the establishment of a test facility for users of capture technologies and industrial partners which develop and provide such technologies,” the minister said. Part of the rationale behind TCM is to reduce the costs of CCS to encourage a wider adoption among other countries internationally. It will test two different technologies, from Aker Clean Carbon and Alstom, for capture of CO2 from two flue gas sources with different CO2 content.

Potentially, Africa – as one of the world’s fastest growing oil producing regions – could also become a key testing ground for these and other emerging carbon technologies. Environmental compliance is particularly strong for operators of mature reservoirs, who are gravitating toward the economic benefits of injecting captured CO2 for enhanced oil recovery. This is clearly apt in the case of some of the region’s more established oil producers.

But despite the environmental pluses, cost remains a significant drag. In some cases, as has already been shown, the captured CO2 can be used for EOR purposes, which often reduces, if not fully offsets, the costs associated with the capture.

Indeed, innovators are already glimpsing an opportunity to turn GHG emissions into profit. It will need innovative financing mechanisms to bridge the gap however, a trend that is already shaping developments elsewhere. For instance, financiers have drafted plans to make Dubai a regional hub for carbon offsets trade, which could turn the Middle East’ sizeable carbon footprint into cash.

But that may be some way off given the fairly limited activity on the ground to date in relation to the region’s huge oil production capabilities. Looking around that region though it is not difficult to find projects taking shape. The world’s biggest oil producer Saudi Aramco is currently experimenting with carbon capture technologies at the world’s largest oil field, Ghawar. The state-owned company hopes to inject some 40 million standard cubic feet per day (cfd) of CO2 into the oilfield by 2012.

The aim of the pilot project is to both improve production rates and at the same time reduce emissions levels. The Ghawar field pumped around 5 million barrels per day (bpd) in 2008, a large chunk of the kingdom’s entire output. With most of Africa’s producing fields considerably smaller there are once again clear economies to take into consideration.

The higher cost of doing business may slow the rollout of CCS projects in Africa but the continent – at some point – stands to benefit from the huge advances now being pioneered elsewhere. This includes research work in South Africa and operational projects in Algeria.