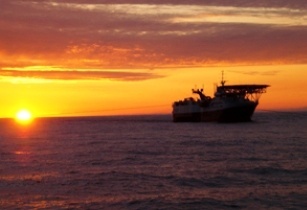 TGS has announced that it has commenced the acquisition of a 3D multi-client seismic survey covering 2,022 sq km for oil and gas prospects offshore Benin

According to him, the 3D data would build upon current sub-surface knowledge and provide improved imaging of deep Cretaceous and Tertiary strata.

“Interpretation of this data will lead to better delineation of oil and gas prospects over the acreage surveyed as well as a greater understanding of adjacent areas,” Isaksen added.

The seismic data is currently being acquired by the BGP Prospector with a 10-streamer configuration.

The survey would be supported by industry funding, the company said.

The geo-science data provider also added that the processing would be performed by TGS using its proprietary seismic multiple elimination processing technology TAME.

Final data will be available to clients from Q3 2014, according to TGS.