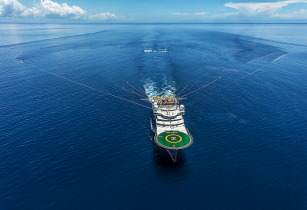 Swala Tanzania has a 50 per cent net interest in the licence and is the operator. Officials from Swala Energy have already identified the Kito Prospect, with an estimated 60.4mmbbls of P50 best estimate prospective resources net to Swala, as a potential drilling target for 2015.

David Mestres Ridge, CEO of Swala, said, “This is a major achievement by Swala as we have now completed our work programme commitments for the past three years on the Kilosa-Kilombero exploration area. When we were granted the licence, no hydrocarbon exploration activity had ever before been carried out over the area. We have broken new ground, proving three sedimentary basins and in the Kilombero basin, multiple structural leads and prospects in a young (Neogene) basin. We are now looking forward to the results of detailed mapping, basin modelling and seismic amplitude anomalies before targeting our drill candidate.”

On 29 October 2014, the seismic programme identified a series of structural leads on the western margin of the basin. The geometry of the “string of pearls” is analogous to that seen elsewhere in the East African Rift System, especially in the northern Kenya’s Lokichar Basin where Tullow Oil has made significant discoveries.