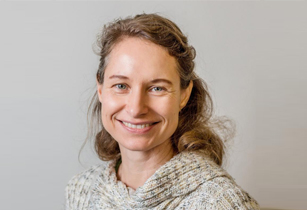 Sue Reuther, SRK Consulting’s environmental consultant, said that while news of the large Brulpadda gas off the southern coast of South Africa may hold economic treasure, all environmental risks need to be properly mitigated in the process of exploiting these resources

She added that the country has access to considerable environmental expertise and experience in this field. If the project were to be completed, it would greatly contribute to national efforts to reduce carbon emissions as natural gas emits about 50 per cent less carbon dioxide when combusted compared to coal.

Scott Masson, senior environmental consultant at SRK, further stated that prospective oil and gas explorers and developers in South Africa generally begin with acquiring a technical cooperation permit or a reconnaissance permit. Environmental management programmes must be compiled and approved at this stage.

He noted that a subsequent exploration right allows the holder to conduct the entire petroleum exploration value chain, and an Environmental Impact Assessment (EIA) is required under the National Environmental Management Act (NEMA).

New geological and geophysical data are collected through seismic surveys and/or exploration drilling during this phase. Together with existing data, the new data is processed to define the oil and/or gas resource. The production right, which allows the holder to conduct operations related to oil or gas development and production, also requires an EIA, he explained.

Among the environmental impacts that need to be studied and mitigated during (seismic) exploration are the effects of airguns that are used to generate sound waves for seismic surveys, he continued.

“This underwater noise can have impacts on marine fauna, including pathological injury and behavioural responses that may affect feeding and breeding success. Marine fauna can also be injured in collisions with the seismic survey vessel or support vessel, or when they become entangled with towed equipment,” he commented.

Well drilling generates drill cuttings – essentially broken pieces of rock removed from the drill hole by pumping drilling fluids into the well; these often accumulate near the well on the sea bed. Drilling fluids – which include water, clays, polymers, emulsifiers or other additives – can also have an impact.

Temporary discharge plumes would disperse rapidly into the environment, but may impact the immediate vicinity of the marine environment. This could affect both the water quality in the water column and the benthic or sea bed environment, as benthic organisms could be smothered. Well-drilling also generates underwater noise, which is a concern due to its potential impact, particularly on marine fauna.

Accidental events – such as a well blow-out, a fuel line breakdown or a vessel collision at sea–also pose environmental risks. Although gas leaks at sea cause less pollution than oil, chemicals stored on drilling units could be a hazard, Reuther noted.

“To minimise the chance of accidents, the oil and gas industry has developed and routinely implements protocols, such as airgun soft-start procedures and the use of blow-out preventers and water-based drilling muds. These inform mitigation measures included in EIAs conducted for such projects in South Africa,” Reuther explained.

She stressed that an EIA would also be concerned with socio-economic impacts–such as the effects on local fishermen when a safety exclusion zone is implemented around a seismic vessel or drilling rig. Excluding other users from this zone may have direct economic consequences for fishing vessels, as well as indirect implications if the seismic survey or drilling alters the behaviour and location of fish stocks in the area.