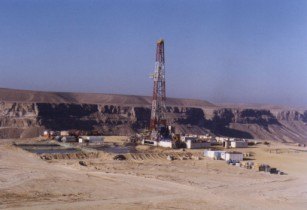 Simba Energy has been given the exclusive right and authority to carry out all oil exploration, development and production activities on three separate sites in Chad

The pan-African oil and gas explorer confirmed that a Production Sharing Contract (PSC) between the company and the Government of Chad has been ratified and will cover the 6,217 sq km Chari Sud Block I, the southern 50 per cent of Chari Sud Block II, which covers an area measuring 3,711 sq km, and the 15,270 sq km Erdis III.

Hassan Hassan, managing director of operations at Simba, said, “We’re delighted to have the PSC ratified by the National Assembly and the President of Chad. It enables us to embark on an exciting exploration programme on this highly prospective acreage.

"We have an experienced technical team in place and the exploration program is presently being finalised. An early stage farmout to accelerate this programme is one of the options currently under consideration and discussions with interested parties on a potential partnership are ongoing."

The company will now look to carry out geological and geophysical studies for the first exploration phase of each block, including the processing and reinterpretation of existing 2D seismic. The second phase will require at least two exploration wells, as per the PSC agreement.

Simba, who has a focus on onshore pan-African opportunities, holds assets in Kenya, Chad and Guinea.

Oil and gas exploration may start in Chad Basin by 2014