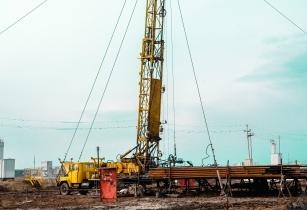 The company is ahead of schedule on the Phase 2 extension 2D seismic programme and are currently acquiring several additional important seismic lines. (Image Source: Adobe Stock)

On 28 June, ReconAfrica engaged a leading airborne geophysical survey provider to conduct an eFTG survey over an area of nearly 2,200 sq km (540,000 acres) in the company’s 25,000 sq kms (6.3 mn acres) PEL073 exploration license in north-eastern Namibia. The eFTG is the advanced high resolution airborne gravity survey which specifically allows earth scientists to identify changes in sub-surface rock density with the goal of highlighting stratigraphic or structurally controlled hydrocarbon traps. More specifically, this relatively new technology is a sophisticated application of gravity techniques that not only adds three-dimensional detail to subsurface gravity images but is also capable of differentiating the geometry at different litho-stratigraphic levels (layers of rock) below the Earth’s surface.

After recently making significant progress in scheduling and permitting of acquisition of this data, the company is advised that it will be completed by late-January 2023. The initial interpretation will follow shortly thereafter. When calibrated by existing 2D seismic data, the eFTG imaging greatly enhances ReconAfrica’s capacity to extrapolate structural geometry in three dimensions. As a result of the excellent performance of our geophysical acquisition team and lead contractor, Polaris Natural Resource Development, the company is ahead of schedule on the Phase 2 extension 2D seismic programme and are currently acquiring several additional important seismic lines, of which two have already been acquired over the Wisdom Farm 5-1 prospect, with results due in the latter part of January 2023.

Given the potentially significant near-term impact that the above geophysical data can provide on risk mitigation and well path optimisation for the upcoming Wisdom Farm 5-1 test well, the company will delay the target commencement date for drilling of this well until late February 2023. The Wisdom Farm prospect area has multiple target horizons over an extensive area in the rift graben (valley) where faulting provides for numerous potential traps, that may require several wellbores for full evaluation. With the goal of maximising the chance of success for this initial well, the company believes that it is prudent to use all available and expected data, including the 2D seismic and eFTG, in setting the trajectory of the first wellbore.

The drilling rig (Jarvie-1) is currently on the 5-1 location with all drilling permits in place.

The eFTG survey will be carried out using a twin engine survey aircraft which has been specially fitted with the eFTG instrumentation. This instrument is a state-of-the-art fourth generation gravity gradiometer designed and manufactured by Lockheed Martin, an American aerospace company. In addition, the aircraft will collect complimentary data including magnetic, topographic (LiDAR) and video data. Survey lines will be flown every 600 m in a north-west/south-east direction, and tie lines will be spaced every 3 km in a north-east/south-west direction. The airborne exploration approach has a low environmental footprint with minimal impact on the local communities.

Shiraz Dhanani, ReconAfrica’s chief geophysicist, said, “eFTG is a relatively new technology and preliminary modelling of the area together with its recent successes in East and West African rift basins gives us high confidence that the eFTG technology will help delineate the Kavango Basin and its associated hydrocarbon prospects.”