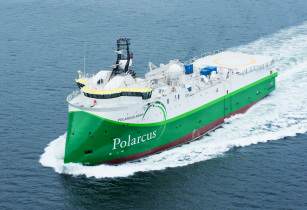 According to a statement by the company, the recently announced dual well successes on trend offshore Senegal have resulted in renewed interest in the Cretaceous slope fan and shelf-edge reef plays along the basin margin.

Similar plays to the south in the agency management and corporation (AGC) and Guinea-Bissau have now been significantly de-risked for oil source but will require the greater resolution inherent in 3D broadband seismic in order to fully understand the complex trapping and migration route configurations required for further drilling success, added officials from Polarcus.

Polarcus has secured further industry prefunding to acquire a new 3D multi-client survey offshore Guinea Bissau in collaboration with Petroguin E. This survey will help the company’s 3D multi-client data library expand across the Mauritania-Senegal-Guinea-Bissau Basin in the AGC and Guinea-Bissau to over 8,300 sq km.

The new high density RightBAND(TM) 3D survey of approximately 2,300 sq km will commence in Q4 2014 utilising a Polarcus A-Class seismic vessel and is expected to run for approximately two-and-a-half months. The final data will be available mid-2015, confirmed Polarcus officials.