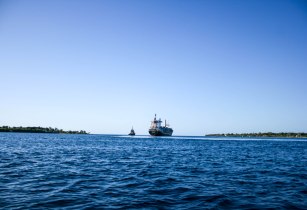 Mozambique, Kenya, Tanzania, Uganda and Somalia are all vying to be the next producing hydrocarbon nation in Africa. At Africa Oil Week, there was much positive discussion about how these new producers can move forward in challenging economic times

East Africa's new hydrocarbon prospects attracted much discussion at Africa Oil Week. Mozambique was described by Peter Grant, director of International Solutions, as the “jewel in the crown” with its Pande and Temane gas fields, Tanzania’s promising gas deposits were highlighted, and Kenya may well get the jump on its southern neighbours in terms of pace of development. Meanwhile, the conference was also used as a platform for announcements about Somalian licensing rounds.

Gas in particular could prove to be a massive boon to East African economies. “Gas is the new oil for Africa,” said Peter Elliott, director of NVentures. He added that exploration is essential because both North and East Africa’s gas basins are very promising. Urging African hydrocarbons players to “embrace gas” along the entire value chain, Mr Elliott said that developing gas reserves will also have Corporate Social Responsibility (CSR) and environmental benefits in terms of job creation and as the cleanest burning fossil fuel.

Tanzania has an estimated 50 tcf of natural gas deposits and is already involved in the gas-topower sector, with gas from Mtwara providing 60 per cent of the country’s energy needs.

The full article, including pieces on other hydrocarbon opportunities in East Africa can be found on page 22 in this month's issue of Oil Review Africa which can be read here.