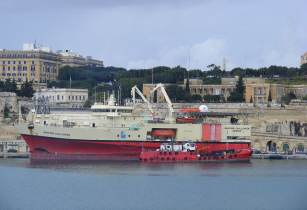 The contract was awarded by the Puntland Petroleum Minerals Agency (PPMA). ION will to acquire seismic data covering the entire Somalia Puntland offshore margin. The regional 2D multi-client survey, known as PuntlandSPAN, is being conducted to support a future licence round initiative and to assist the exploration and production industry to gain a better understanding of the architecture of the sedimentary basin and the hydrocarbon potential of this unexplored offshore margin. Data acquisition is expected to begin in Q4 2015.

PPMA also announced the demarcation of its offshore territory into 25 exploration blocks covering 180,000 sqkm of the Somalia Puntland seaboard. In total, there are seven blocks in the Gulf of Aden and 18 blocks in the Indian Ocean that have been defined. Block sizes range from 5,000 sqkm in the inshore area to 25,000 sqkm in deeper waters.

Joe Gagliardi, senior V-P of ION’s ventures group, said, “We are very pleased to assist the PPMA in demarcating a block boundary scheme, which heralds an important step in their preparation for future licensing rounds offshore Puntland. The acquisition of the PuntlandSPAN data will provide valuable insight into the petroleum prospectivity of the region, and we are pleased to be a part of this ground-breaking program.”

Commenting on the new exploration blocks, Dr. Issa Farah, director of PPMA, said, “The PPMA is pleased to announce the availability of these blocks and looks forward to engaging with the industry to discuss their plans for the region.”