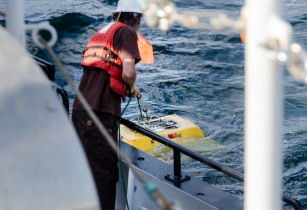 According to the contract, ION, a provider of technology-driven solutions to the global oil and gas industry, is to acquire 4,058 km of 2D seismic, gravity and magnetic data over offshore blocks 4/1B and 4/1C in the Rovuma Delta region. The award follows an international tender for a 2D multi-client survey, to be known as ‘TPDC Phase I 2015’, that is planned to be acquired in Q4 2015.

“We are very excited on the commencement of this program, which is part of a broader campaign aimed at adding value to all of TPDC assets, both onshore and offshore,” said Dr. James Mataragio, managing director of TPDC.

He also said that this survey and three other onshore surveys are entirely funded by TPDC. “This marks an important step for TPDC, as a national oil company, to begin fully focusing on exploration, development and production. Blocks 4/1B and 4/1C are 100 per cent owned and operated by TPDC, and this new seismic data will be used to assist TPDC with a competitive farmout process, details of which will be announced at a later date,” he added.

Joe Gagliardi, senior V-P of ventures group at ION, expressed pleasure at being awarded the contract “which represents a further phase of seismic acquisition, processing and interpretation services to be provided by ION in support of the government’s hydrocarbon exploration strategy.”

TPDC was created through the newly enacted Petroleum Exploration and Production Act 2015 and is now the national oil company of Tanzania.