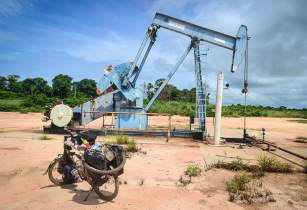 This was announced by HNA’s parent company, US-based Hydrocarb Energy Corporation (HECC). HNA had signed an exploration agreement with Namibia in 2011. In early 2013, the company had obtained legacy seismic data which covered about 15 per cent of its 21,300 sqkm concession in the Owambo Basin which extends from northern Namibia into neighbouring Angola.

Interpretation of the seismic data and mapping confirmed the giant Oponono Prospect. HECC then contracted Netherland, Sewell & Associates, Inc. to conduct an independent resource assessment which estimated 1.1bn barrels of unrisked potential oil in the Oponono Prospect. Following that, HECC conducted a high resolution aero-gravity and magnetics survey over in the entire concession which uncovered 14 additional leads that have a similar footprint to the Oponono Prospect.

HNA has now received a one year extension to acquire new seismic data in order to high grade its 14 new prospect leads. The company was also issued a clearance certificate on its environmental management plan for acquiring the 750 km of 2D seismic data.

Chuck Dommer, CEO of the company’s exploration subsidiary Hydrocarb Corporation (HCN), said, “We are glad to receive this environmental land use clearance, permitting us to move forward with a necessary licence extension. This reflects a vote of confidence by Namibia, providing us necessary time to complete our seismic project.”

HECC holds a 90 per cent working interest in the highly prospective Owambo Basin concession in northern Namibia. The National Petroleum Corporation of Namibia holds the remaining 10 per cent. Extensive geologic field studies were completed over the last four years supporting the existence of excellent high-porosity reservoir rocks as well as soil sampling indicating the presence of crude oil derived from a carbonate source.