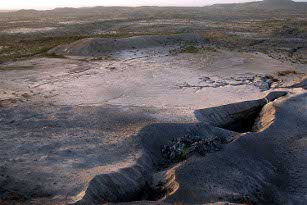 Astrium GEO-Information Services has completed a geological interpretation study of the East Africa Rift System (EARS) and the surrounding area that is increasingly becoming an exploration hotspot for the Oil, Gas and Minerals industry.

For the first time, these organisations can have access to an 'off-the-shelf' set of integrated data to highlight the hydrocarbon prospectivity and oil seeps in the region.

Andrew Stroomer, UK Managing Director of Astrium GEO-Information Services said: "The East African Rift System is increasingly viewed as a hydrocarbon exploration hotspot, particularly given recent discoveries in the Albertine Rift and offshore Tanzania. Covering approximately 4.5mn sq km, our study provides exploration companies with a consistent interpretation of the surface geology and the location of hydrocarbon seeps in the region.

"Previously organisations would have had to amalgamate existing datasets - sometimes paper-based - that weren't always consistent, so the availability of this 'off-the-shelf' East Africa data in a digital format should speed up the exploration process and enable increased accuracy," adds Andrew Stroomer.

The study covers Eritrea, Djibouti, Somaliland, Ethiopia, Uganda, Kenya, Malawi, Rwanda, Burundi, Tanzania and Mozambique, and is based on Earth Observation data that has been fully integrated with the East Africa and African lakes seeps studies.

The interpretation work is based on 15m Landsat 7 ETM+ imagery combined with a 90m SRTM elevation model providing customers with geomorphology and lithological information at the same time. It fully integrates all datasets needed to assess and highlight the hydrocarbon prospectivity, including structural and stratigraphic interpretations, capture of major drainage channels and water bodies, and oil seep locations as points and vectors of slick outlines. It also includes radar imagery for key areas, extracts from the oil seeps database covering major rift lakes, as well as hardcopy map sheets at 1:500 000 scale.

By combining the interpretation with the identified hydrocarbon seeps their geological context can be readily assessed. Surface evidence for several phases of rifting can be identified from the remote sensing data, with significant overprinting between events. The study also demonstrates that oil seeps predominately occur in the extensive lakes within the Western Branch of the Rift including Lake Albert, Edward and Tanganyika.