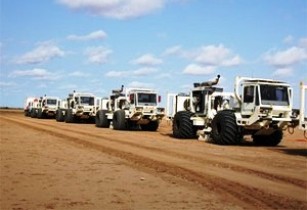 ERHC Energy said that its expects the seismic survey to commence in early spring this year.

BGP, a geophysical service company, will survey at least 1,000-line kilometres in the onshore block in compliance with the company’s work programme.

It had completed similar surveys in numerous blocks throughout Kenya in the past, the China-based company said.

ERHC Energy’s 2D seismic survey in Block 11A will reportedly be premised on structural mapping of prospective basins enabled by the explorer’s recently completed FTG survey of the block, which had covered 14,943.8-line kilometres.

Block 11A is located to the northwest of the Lokichar Basin where the significant Ekales-1, Ngamia-1 and Twiga South-1 oil discoveries were drilled earlier.