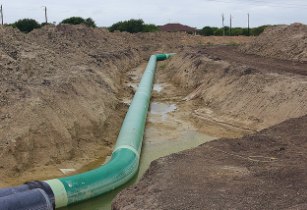 The traditional foundation designs to assess the pipe-soil interaction are full of uncertainty due to the complex nature of the analysis. This is due to the limitations in soil data along the pipeline route, difficulties in characterisation of the soil close to the seabed, dynamic pipeline installation and subsequent design scenarios involving large displacements.

To remove these uncertainties, DNV GL has collected, aligned and reviewed existing guidance, and developed the new DNVGL-RP-F114 within a geotechnical framework. This will analyse the interaction between pipeline and soil by providing a safe and cost-effective pipeline solution.

According to Jens Bergan-Haavik, senior geotechnical engineer of DNV GL, the pipe-soil RP highlights the value of geotechnical input to ensure a robust pipeline design solutions.

“The RP also provides recommendations on how to safely avoid over-conservatism through specification of state-of-the-art laboratory tests,” he added.

DNV GL’s seventh annual benchmark study entitled ‘Short-term agility, long-term resilience’ stressed that there will be a significant increase in the approval of new offshore oil and gas pipeline projects globally in next few years. “This new RP will support pipeline projects with the insights they need for safe and efficient installations and operations,” pointed by Cathrine Torp, communication director of DNV GL.