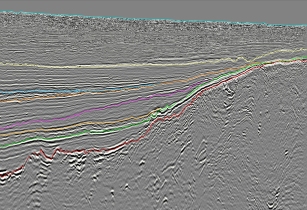 Oil industry company CGG has announced the final 3D PSDM seismic dataset from its 15,400 sq km multi-client survey of the outer Zambezi Delta in the Mozambique Basin is now available for license

The ultramodern data was acquired over blocks Z5-C and Z5-D and surrounding open acreage as part of a multi-client programme agreed between CGG and Mozambique’s Instituto Nacional de Petroleo (INP).

The final PSDM data identifies major stratigraphic intervals for a better understanding of the petroleum system and, in conjunction with the high-resolution gravity and magnetic data, brings new information on the basin morphology and its evolution.

CGG’s advanced imaging workflow, including full-waveform inversion (FWI), reveals a high level of detail in this complex geological setting, such as the complex deep marine turbiditic system and associated frontal splays, and the complex faulting pattern and internal architecture of the Beira High.

To enhance exploration decision-making, a complementary Mozambique JumpStart package is also now available to license with the PSDM seismic data. This package provides an integrated geoscience analysis of all the regional data available and frames it in its geological context in an easily accessible format.

Data from 11 wells have been analysed in detail alongside the new seismic interpretation which was supported by hydrocarbon seep identification, high-resolution potential fields data and the full suite of Robertson multi-client geological data sets.

Dechun Lin, executive vice-president, Multi-Client, CGG, said, “These exceptional seismic images of the Zambezi Delta Basin and detailed JumpStart geoscience study of the region’s geological context add to our extensive, high-quality African multi-client data library and will give the industry enhanced insight into this highly prospective region to accelerate and better inform their decision-making.”