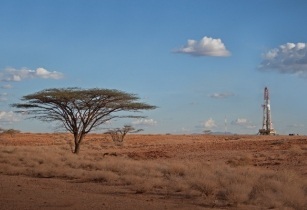 According to the African-focussed energy firm, the data acquisition will cover 12,129 sq km in Block L1B and the entire 3,613 sq km of Block L16.

Segun Omidele, senior vice president of exploration and production at CAMAC, said, "This is the first step to unlocking the high potential value of our onshore Kenya acreage.

"These gravity and magnetic surveys will satisfy the survey requirements of the first exploration period, and most importantly, will allow us to delineate an optimal 2D seismic programme on the blocks."

CAMAC said both onshore surveys would "exceed the gravity and magnetic survey requirements" for the blocks during the initial exploration period under the relevant Production Sharing Agreements, and that data acquisition would be completed later this month, with initial results expected by Q3 2013.