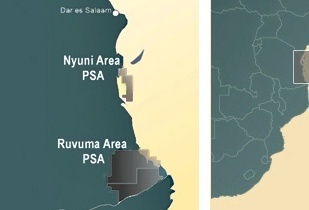 The independent oil company’s survey will target the transition zone (the shelf area) of the licence between the coast and the deep-water section of the block.

According to Aminex, this is the first time that the OBC technique has been used for a licence-wide survey in the transition zone environment in this particular part of East Africa.

Conventional shallow water seismic has proven to be less effective due to the number of reefs and islands restricting access to seismic vessels towing streamers.

Aminex hopes that the survey will be completed within the next six weeks, following which the seismic data will be processed and interpreted.

Aminex is also planning a programme of over 500km of 2D marine seismic in the deep-water portion of the Nyuni Area Licence in the second half of 2012.

“The transition zone seismic survey will provide significantly improved definition of existing structural leads and unprecedented imaging of the stratigraphic potential that has proven so successful in the deep water,” said Aminex chief executive, Stuard Detmer.

“The combined results of the two Nyuni Area seismic surveys will be used to target future drilling in the transition zone and deep-water sections of the block.”