What does the sudden surge in gas prices mean for Africa? 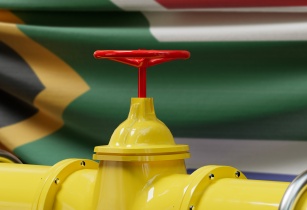 Think Research and Advisory, a Saudi-based firm providing independent research and strategic advisory on the MENA region to international decision makers and entities, announced the publication of a new report titled ‘COP27 and beyond: Africa’s gas dilemma’

The report takes an in-depth look at the relationship between successful energy transition in Africa and the risks posed to it by short-term European demand for African gas imports in the wake of the Russia-Ukraine conflict.

The report’s analysis spans the current state of play in global gas markets including Europe’s efforts to supplement its short-term gas supplies while accelerating its energy transition; Africa’s significant gas reserves and the downsides of long-term gas infrastructure development on the continent; and the impact that increased gas production would have on Africa.

While the African continent holds approximately 9% of global gas reserves, these remain largely unexplored and currently the continent accounts for just 6% of the world’s total natural gas production. As a result, there are clear near-term economic benefits that gas project development would provide. However, the report says, Africa is faced with a choice: provide gas for Europe now – with short-term economic gain – or focus funding on the development of renewable energy sources, with long-term energy security, economic growth and stability, and global climate goals in mind.

With gas prices soaring, the prospect of securing higher revenues over the long-term is already causing exporting countries in Africa to adjust their priorities. For example, Egypt has made plans to divert 15% of gas used for domestic electricity generation to exports to boost its struggling economy.

Following Russia’s invasion of Ukraine, Europe needs to replace just over 100 bcm/yr of Russian gas by 2030 in order to meet the targets of its 'Fit for 55' legislation package designed to cut the bloc’s greenhouse gas emissions 55% by 2030 and its 'REpowerEU' blueprint for cutting Russian fossil fuel dependence by 2027. As a result, the bloc is increasingly turning its attention to Africa. This is evidenced by the fact that 'REPowerEU' specifically mentions untapped potential in sub-Saharan Africa. Moreover, Germany is in discussions with Senegal about future supplies, the EU signed an MoU with Egypt and Israel regarding future imports, and the European Commission dispatched its deputy director-general for energy to Nigeria for talks on increasing gas provision from the west African country. Similarly, Italy has held exploratory discussions with Congo and Angola and is seeking to ramp up imports from Egypt, while Italian energy group ENI hopes to expedite LNG production at its floating gas facility in Mozambique before the end of 2022.

Notwithstanding that Africa’s gas reserves look appealing to EU leaders in the short-term, Europe may not actually need significant new volumes of African gas, especially if the US delivers previously agreed contractual obligations to deliver hydrocarbons. As a result, while investment in Africa’s natural gas sector could benefit Africa initially, it could also carry considerable risk if resources are developed solely with the goal of meeting European demand, which is likely to be short to medium term as EU customers are unwilling to sign typical 15-25-year contracts, given that EU energy policy limits the role of natural gas in the energy mix.

Therefore, according to the report, European investment in African gas development carries the twin risk of firstly, leaving African producers with stranded assets and, secondly, by undermining advances in developing and expanding clean energy supplies throughout Africa by locking economies into long-term gas infrastructure and contracts.

While Africa’s emissions constitute the smallest share of global emissions, the continent is the most vulnerable to climate change in all scenarios where global warming exceeds 1.5 degrees celsius, providing a key impetus for why the focus on renewables is crucial for the continent.