A new Westwood study has shown a potential US$65bn worth of stalled oil and gas resources globally, with the largest volume of stalled gas found in the Ruvuma-Rufiji basin of Mozambique and Tanzania 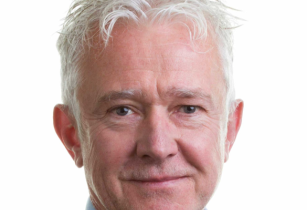 This oil and gas, potentially, worth more than US$65bn and costing an estimated US$24bn to discover, represents 40% of the volume found in high impact discoveries in the period. The stiry shows where these resources are located, why are they stranded and how big an opportunity they represent.

The largest volume of stalled gas is in the Ruvuma-Rufiji basin of Mozambique and Tanzania where 166 tcf was discovered between 2010 and 2015 yet only 38 tcf has shown any sign of progression and 128 tcf of gas remains stalled. Brazil has the largest stalled oil (and condensate) resource, estimated at 3.8 bnbbl in 19 HI discoveries in five geological basins. Around 16.5 tcf of gas remains stalled in Iraqi Kurdistan, three bnboe of oil and gas (split 50:50) is stalled across the Kwanza and Lower Congo basins of Angola and 14Tcf of gas remains in the ground in the Browse and Carnarvon basins of Australia. More than 500 mmboe are stalled in each of Nigeria, Malaysia, Gabon, Vietnam, USA, Romania, Uganda, Cyprus, Canada and the Falkland Islands.

Westwood has identified 26 different contributing factors. Above ground factors dominate, with the fiscal regime/gas terms in the host country, access to finance and portfolio prioritisation being the most common. Subsurface factors include fluid composition, and reservoir quality and compartmentalisation.

In Tanzania for example, 14 deep-water gas discoveries clustered in five potential developments are stalled due to a combination of above ground and subsurface issues. The above ground issues are mainly related to protracted negotiations with the Tanzanian government on gas terms. Reservoirs are more compartmentalised than in neighbouring Mozambique with lower resource densities and higher development costs.

In Angola’s Kwanza basin, seven pre-salt discoveries are stalled due to a combination of above ground and subsurface issues. The discovered hydrocarbons are gas rich and only since 2018 have operators had the rights to the gas under production sharing agreements. The financial struggles of the operator Cobalt International and its subsequent replacement by Total didn’t help resource progression either.

It is both surprising and concerning that 40% of the resource found in discoveries (100 million boe size) made between 2008 and 2016 remains stalled, with no appraisal activity or indications of progression to FID since 2016. These stalled assets are an opportunity for companies with the means to unlock them. Equally, they are a reminder to explorers to focus on value, not only volume. Better gas terms and market access could unlock a huge stranded resource. In other cases, new operators with new thinking could make the difference.

– By Graeme Bagley, head of global exploration and appraisal at Westwood Global Energy