Oil and gas major Total has announced the signing of a US$14.9bn senior debt financing agreement for Mozambique LNG project 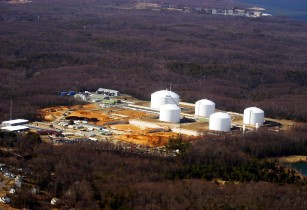 The project financing amounts to US$14.9bn, the biggest ever in Africa. (Image source: J. B./Flickr)

This project is the country’s first onshore LNG development. It includes the development of the Golfinho and Atum natural gas fields located in Offshore Area 1 concession and the construction of a two-train liquefaction plant with a total annual capacity of 13.1 million tonnes.

Mozambique LNG represents a total post-FID investment of US$20bn. The project financing amounts to US$14.9bn, the biggest ever in Africa. It includes direct and covered loans from eight Export Credit Agencies (ECAs), 19 commercial bank facilities, and a loan from the African Development Bank.

Jean-Pierre Sbraire, the chief financial officer of Total, said, “The signing of this large-scale project financing, less than one year after Total assumed the role of operator of Mozambique LNG, represents a significant achievement and a significant milestone for the project.

“It demonstrates the confidence placed by the financial institutions in the long-term future of LNG in Mozambique. This major milestone was reached thanks to the dedication of the Mozambique authorities and the financial partners of the project.”