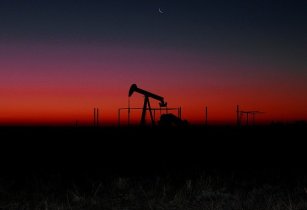 Tlou Energy has announced update on funding for development of the Lesedi power project, aiming to deliver cleaner electricity in Botswana and southern Africa using gas and solar power

Tlou Energy has been working with a number of parties to secure funding for the Lesedi project. The company is seeking project finance to build a transmission line from the Lesedi power project to the existing electricity grid as well as electrical sub-stations, gas and solar generation assets.

The most advanced project finance discussions are currently with a very reputable Botswana based entity. Due to confidentiality the company is unable to name the entity concerned at this time. However, we can confirm that their investment committee and board have discussed and are favourably disposed to Tlou's proposal. They are now proceeding to get a third-party technical review of the project as part of their due diligence process. Once this report is assessed an investment decision can be made.

The Lesedi project is proposed to be developed in two phases. Phase one involves transmission line construction, sub-stations, grid connection, electricity generators and potentially the drilling of additional gas wells. The approximately 100Km transmission line will run from the Lesedi project to the town of Serowe where it will connect to the existing power grid. Initial generation is proposed to be up to 2MW of electricity. Funding required for phase one is ~USD $10m which can be staged if necessary or prudent to do so.

Phase two funding is for the expansion of electricity generation up to 10MW. This will involve drilling gas wells and the purchase of additional electricity generation assets. Funding required for phase two is approximately US$20mn. Upon successful completion of phase one and two, the Company plans to expand the project beyond 10MW.

As expected, the company has received correspondence from advisors assisting the Government of Botswana in the execution of their Coal Bed Methane (CBM) programme for the development of up to 100MW of CBM fuelled pilot power plants.