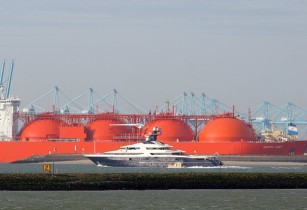 According to a new report by London–based global information provider IHS Markit, 2019 was a record-shattering year for the LNG industry

The report, entitled 2019: A Year of Records for LNG says that the numerous records are indicative of a sustained growth trend, with global LNG capacity expected to increase by more than 50 per cent, from 283 mmtpa in 2015 to 437 mmtpa in 2020.

Michael Stoppard, chief strategist, global gas at IHS Markit, said, “The ongoing pace of new investment is especially noteworthy considering a market context of weak global prices. Not only did LNG grow at an unprecedented rate in 2019, but the industry also laid the foundations for continued strong growth into the middle of the decade.”

The important records set by the LNG industry in 2019 were:

-New investment: HIS Markit found that final investment decisions (FIDs) for liquefaction projects hit 70.4 mmtpa last year – 40 per cent higher than the previous all-time high reached in 2005 (50.4 mmtpa). The US, Russia, and Mozambique each set individual highs for levels of annual FIDs.

-FIDs without long-term contracts: Some liquefaction FIDs were made either without long-term contracts or were underpinned by sales to affiliates. Such “affiliate marketing” reached a record 43 mmtpa. Affiliate marketing at this scale has not been common in the LNG industry. Historically, most projects have instead secured long-term offtake contracts before committing to an investment. By choosing to proceed without third-party contracts, projects can be developed more rapidly.

-New liquefaction project start-ups: New liquefaction start-ups amounted to 38.8 mmtpa of capacity, narrowly surpassing the previous high set in 2009. Recent start-ups were concentrated in the US, Australia and Russia. The pace of project starts is expected to slow in 2020 to 28.6 mmtpa of capacity. The US will continue to dominate in this area as it mostly completes its current wave of projects.

-New global supply leader: Australia surpassed Qatar as the top LNG exporter for 2019, reaching 80.2 mmt relative to 72.5 mmt in 2018. Australia is expected to extend its lead in 2020 and retain its position as top exporter until 2023 when the US is projected to become the largest LNG producer.

-New European records: Europe set records for imports every single month as well as for the year as a whole. Annual net imports totalled 87.2mn tonnes which exceeded the previous record of 65.5mn tonnes set in 2011. Imports are expected to remain strong in 2020 due to additional new liquefaction supply coming to market. New supply in 2020 is expected to outpace Asian demand growth and therefore maintain sales into Europe.

-New Chinese records: China overtook Japan as the world largest LNG importer in December 2019, with volumes for the month reaching 7.3mn tonnes, compared to Japan’s 6.9mn tonnes. Even though Japan is expected to continue to be the world’s largest LNG importer on a total annual basis through 2022, 2019 marked the second year in a row of declining imports for the country, continuing an overall downward trend since 2015. China entered its fourth year in a row of record LNG imports, increasing its LNG imports 13.4 per cent on a y-o-y basis.