Royal Dutch Shell has announced proposals to invest $200mn in shale gas exploration in South Africa, but is facing tough opposition from farmers and environmental supporters over ecological concerns 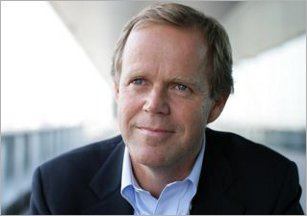 Royal Dutch Shell has announced proposals to invest $200mn in shale gas exploration in South Africa, but is facing tough opposition from farmers and environmental supporters over ecological concerns

The Anglo Dutch supermajor wants to explore for shale gas in the semi-arid Karoo region, which is currently under a moratorium on oil and gas exploration licenses introduced in April over ecological concerns.

Jan Willem Eggink, general manager of upstream ventures for Shell's South African unit, addressed a gathering of journalists in Cape Town on Thursday to present details of the company’s proposals.

Eggink said he believed South Africa could have at least half of an estimated 485 trillion cubic feet of trapped shale gas, enough to be commercially viable and allow the country to become energy self-sufficient for decades to come.

Production in a a decade

He said that “if exploration efforts prove that shale contains commercially producible gas volumes, then South Africa could see production from this source within a decade”.

The general manager also vowed that Shell would not compete with farmers for scarce water resources but would likely truck in water initially before trying to pipe it by using the brackish water found deep underground.

He added that Shell would also consider paying landowners for access to their land, although no compensation policy was finalised yet.

With exploration rights pending to 35,000 square miles in the region, Shell is at the head of a group of companies eyeing shale gas in Karoo that also includes Petrochemical group Sasol, Anglo American and Falcon Oil & Gas.

The controversy over the plans centers on the potential impact of the shale extraction technique of hydraulic fracturing.

Farmers and conservationists fear the fracking will adversely impact the sparsely-populated region known for its rugged scenery and rare wildlife.

Those in favour say the discovery of gas would help South Africa plug a chronic power shortage and reduce its dependence on harmful coal-fired power stations in favour of a cleaner energy source.

About 90 per cent of the nation's electricity is supplied by coal, a rate which is hampering South Africa’s efforts to meet the UN’s emissions reduction targets by 2020.