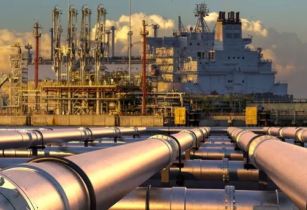 President Samia Suluhu Hassan, who took office in March, has made an effort to create a more conducive business environment and her newly appointed Energy Minister, January Makamba, is bullish about the government’s LNG aspirations. Tanzanian leaders are hoping to come to an agreement with the companies by the end of this year.

Plans for Royal Dutch Shell and Norwegian company Equinor to build an LNG terminal in Lindi have been going on since 2014, but postponements and disagreements with the previous administration dimmed foreign investors’ outlook for the industry.

In January, Equinor wrote off the entire US$982mn book value of its Tanzania LNG project (TLNG), citing poor economics. The company is the operator of offshore Block 2, which is estimated to hold more than 20 tcf of gas. Equinor holds a 65% stake in the operation, while American company ExxonMobil holds 35%, and the Tanzania Petroleum Development Corporation (TPDC) has the right to participate with a 10% interest. In recent months, Equinor has expressed keen interest in going back to the drawing board with the Tanzanian government.

Royal Dutch Shell is also hoping to conclude talks with the government and get the project off the ground. Representatives of the company attended Monday’s meeting. Shell operates Blocks 1 and 4, which holds an estimated 23 trillion cubic feet of gas. Shell holds a 60% stake, while British company Ophir Energy and Singaporean company Pavilion Energy each hold 20%.