Role of gas in decarbonisation highlighted in IHS Markit study 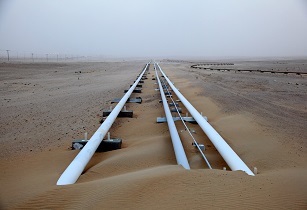 The inherent versatility of gas infrastructure – particularly its ability to be converted to carry low-carbon fuels in the future – creates an opportunity for gas to be a “second pillar of decarbonisation” alongside renewables over the long-term, according to a new study by IHS Markit

Entitled A Sustainable Flame: The Role of Gas in Net Zero, the new study says that natural gas can play a critical role, both in early action on emissions reductions, and also acting as a pre-build to greater decarbonisation, given the potential for the infrastructure to carry low-carbon gases such as ammonia, hydrogen, synthetic methane and renewable natural gas in the future.

“The versatility of natural gas infrastructure presents an opportunity to seize the low-hanging fruit of emissions reduction in the near-term while also making a down payment for deeper decarbonisation,” said Michael Stoppard, chief strategist, global gas, IHS Markit. “Switching to natural gas can support vital early action by replacing coal and oil and their associated higher emissions, while also acting as a pre-build of energy carriers for a low-carbon future.”

While substituting natural gas for higher-emitting fuels has an immediate and discernible impact on GHG emissions, some express concern that these investments may embed or lock in future emissions for several decades. However, the study finds that these “lock-in” concerns need not be the case because the infrastructure can be repurposed:

• Pipelines –  both transmission and distribution – can ship renewable natural gas. In an early stage, they can blend in ‘green’ gases to lower the carbon footprint, while in the longer term they can be repurposed for shipping of 100% hydrogen. So too with much of the gas storage infrastructure

• Gas-fired power plants can convert to run on hydrogen or sustainable ammonia, or in some circumstances can retro-fit carbon capture, utilisation and storage (CCUS)

• Liquefaction plants can be converted to liquefy hydrogen, likely at a lower cost than building a liquefied hydrogen plant from scratch

“Repurposing infrastructure has technical challenges but the costs, while significant, are still lower than building entirely new facilities,” said Shankari Srinivasan, vice president, global and renewable gas, IHS Markit. “And it provides flexibility to policymakers and lenders who could structure authorisations and loans such that any new-build infrastructure be conversion-ready and have defined performance standards with limits on the life that the asset can operate before being converted.”

The underlying versatility of the infrastructure is important because gas will continue to be a vital component of the energy mix up to and through the transition to low-carbon gases, the study says.

“Renewable capacity will continue to grow, electrification will broaden its reach and improvements in battery storage will make a decarbonised grid more reliable,” said Stoppard. “But the transition to a low-carbon gas supply will also be needed to serve the sectors beyond the reach of electrification and wires.”

The complete report is available at: https://ihsmarkit.com/sustainable-flame