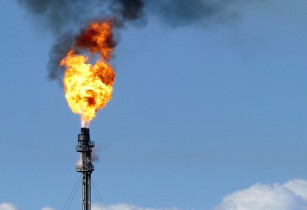 The Nigerian National Petroleum Corporation (NNPC), the national oil company, has announced its intention to expand its domestic gas production so as to double capacity from the current production of 1.1 bscf to 2.2 bscf

Mr Mele Kyari, managing director of the NNPC, announced this at the opening of the Sub-Saharan African International Petroleum Exhibition and Conference (SAIPEC) in Lagos, Nigeria.

Mr Kyari said that the NNPC intends to do this by completing the ongoing expansion of the Escravos-Lagos pipeline, the 514 km domestic gas pipeline network from Escravos in the Niger Delta, Nigeria’s main oil-producing area to the western part of Nigeria, the commercial area of Nigeria, where most of the industries are located. Built by the NNPC in 1989, the pipeline supplies domestic gas to power plants, local industries and the West African pipeline.

Mr Kyari, who spoke on “Oil and Gas as an Enabler for Economic Transformation in sub-Saharan Africa,” said that the NNPC is involved in various other gas expansion projects and that the construction of the Ajaokuta-Kaduna-Kano gas pipeline would begin in the second quarter of 2020 to further boost the country’s economic activities.

He also spoke on Nigeria’s determination to market more with the recent signing of the Final Investment Decision of Nigeria’s LNG Train 7 – the expansion will increase NNLG’s current production from 22 mtpa to 30 mtpa.

He said that in Nigeria, as in other West African countries, natural resources dominate other major economic initiatives and activities, pointing out that every aspect of Nigeria’s economy and social life revolves around oil and gas.

“Oil and gas resources have remained the major source of revenue that has kept the wheels of Nigeria moving for over five decades. Oil, as we all know, has served as key enabler to the economic transformation of many nations like Norway, Saudi Arabia, UAE, Qatar and many other oil resources dependent nations.

“The current government under the leadership of President Muhammadu Buhari has made it a priority to ensure revenues from oil and gas resources are utilised to support the emergence and growth of other non-oil sectors of the economy.

He said that the NNPC has been repositioned to support the vision for economic diversification and aims to increase oil production from 2.3 mmbbl per day to three million barrels per day, and to achieve this, it works with its partners to significantly reduce the cost of production per barrel in order to improve the flow of the required revenue and to support economic diversification.

He added that the NNPC was encouraging private investors to boost investment in oil and gas value chain as a way of creating more value and job opportunities for the nation’s teeming youths.

Mr Kyari explained that Nigeria was still a net importer of petroleum products due to the current state of NNPC refineries and the long absence of private investment in the refining sector, but said that would soon change as NNPC had invited investors to revamp and expand the domestic refining capacity in order to support the growth of the downstream sector and guarantee energy security for the nation.

“We are progressing with the establishment of condensate refineries to fast-track domestic supply of petroleum products. In the same vein, the corporation would support the actualisation of the 650Kbbl/day Dangote Refinery, as well as other private initiatives along this line. Our plan is for Nigeria to become a net exporter of petroleum products by 2023,” Kyari noted.