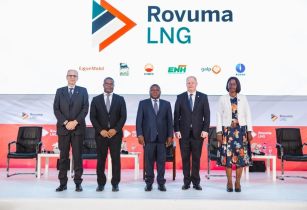 For many years, and as it pursued ambitions to become a global LNG exporter, Mozambique has struggled to generate enough energy for its domestic market

We’re about to see an energy revolution thanks to the huge gas discoveries made by international investors over the last decade. While such projects will be driven by international technological innovation and skillful know-how, we must all push for knowledge transfer throughout the development of Mozambique’s LNG projects.

The need for more collaboration and shared experience among African energy experts will be critical for Mozambique as it pushes towards monetising massive gas discoveries. Similarly, recognising that the state and the private sector need to play a role in developing critical energy infrastructure to pave the way for domestic gas utilisation will be vital to Mozambique’s development and solving energy poverty issues.

“Mozambique can learn from the success and struggles of other African countries on the critical role of gas in our development,” stated Florival Mucave, president of the Mozambique Oil & Gas Chamber, who firmly believes that increased collaboration between upstream and downstream players across the value-chain will benefit Mozambique.

Mozambican public and private sector stakeholders recognise that the country is at a crossroads in its development. In this context, building the right energy mix while taking climate issues into account is crucial for the country.

The African energy industry is capable of addressing climate concerns and at the same time continuing to develop its natural resources to benefit the poor, create jobs and promote inclusive economic development.

Mozambique’s LNG is important to the world and will act as a bridge to other energy sources, and local businesses should be ready to participate in this development. Local content and jobs must not be phrases, they must be real. African businesses and entrepreneurs have a role to play and must push for an enabling environment that will stimulate investment, entrepreneurship and growth.

“The government and energy companies have recognised the amazing opportunity that gas offers to change our economic ambitions, and there is a clear intent to monetise these resources for the benefit of Mozambicans. This will be possible only through an increase in investment into infrastructure,” added Florival Mucave.

“The issues around domestic gas and local concerns will be resolved with a market driven approach. This will pave the way for the use affordable and abundant gas to launch an industrial and agricultural-led growth, improve our trading abilities regionally, effectively increase the Mozambican spending power, and revitalise our economy in a post covid environment,” he concluded.

Mozambique is already benefiting from its collaboration with the African Energy Chamber, the largest energy industry lobby group in the continent. Such collaborative platforms between the public and private sectors need to be encouraged to drive investment in gas and monetisation across industries for African factories and households’ benefits.