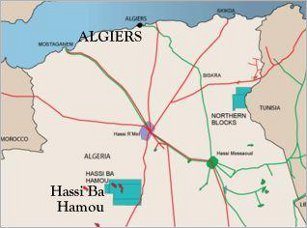 Algeria's council of ministers has approved the exit of the UK's Gulf Keystone Petroleum from the Hassi Ba Hamou gas project in central Algeria, allowing the UK's BG Group and state-owned Sonatrach to increase their stakes in the project, according to Platts.

In February 2010, an agreement was reached between Gulf Keystone and BG for the transfer of Gulf Keystone's 38.25 per cent interest in the Hassi Ba Hamou permit to its partners. But the agreement was delayed as it awaited approval from Sonatrach and the Algerian government.

Last month, Algeria's oil minister Youcef Yousfi slammed a report that BG was considering leaving the North African country because of the delay over the Hassi Ba Hamou project.