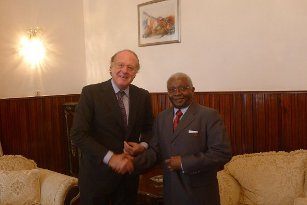 Eni is making progress with the drilling of a second probe in its Area 4 off Mozambique, according to the Italian company’s chief executive, having made a major gas find at the block with the first well

In a meeting with Mozambique’s President, Armando Guebuza, Eni boss, Paolo Scaroni, said the Mamba North 1 well has given initial positive indications. “The first evaluations give encouraging signs and the final result will be made public by the end of January,” the company said in a statement.

The company claimed it had made the biggest gas discovery in its history last October, with the Mamba South-1 wildcat in the Rovuma basin, now estimated to hold 22.5 trillion cubic feet (tcf). Eni is now looking at a possible liquefied natural gas project.

Meanwhile, it has been reported that Mozambique is set to launch an aggressive energy development programme to monetise more than 50 tcf of natural gas reserves, potentially including two liquefied natural gas projects.