The Egyptian General Petroleum Corporation (EGPC) led globally among companies in Q3 2019 with the highest number of oil and gas discoveries, according to data and analysis company GlobalData

Soorya Tejomoortula, Oil and Gas Analyst at GlobalData, explains: “Of the three conventional oil discoveries made by EGPC in Q3 2019, two are in the Western Desert Basin and the remaining is in the Gulf of Suez Basin. This lone conventional gas discovery was made in the Nile Delta Basin.” 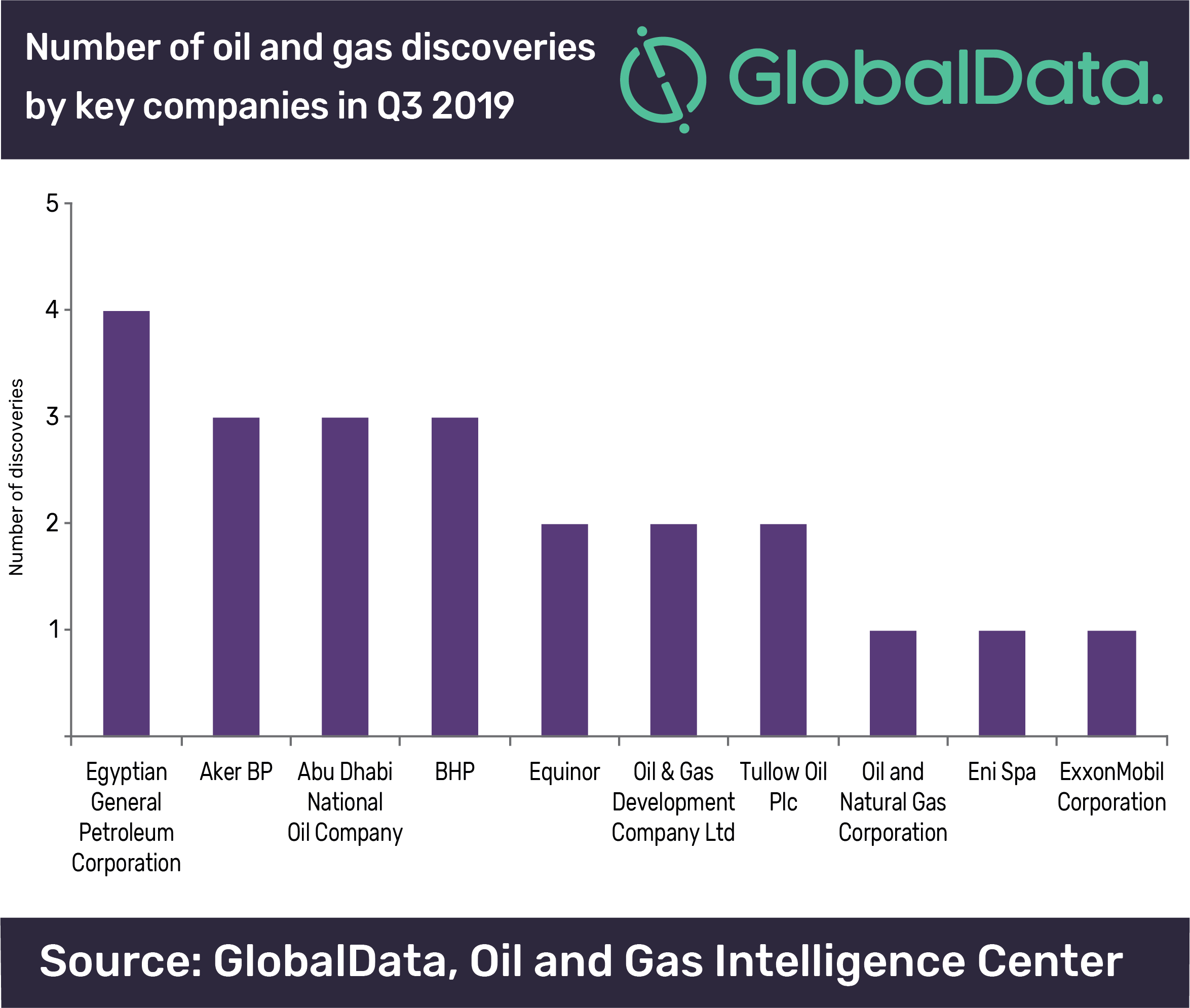 Tejomoortula continued, “Aker BP, the Abu Dhabi National Oil Company and BHP had the second largest number of oil and gas discoveries in Q3 with three each in Q3 2019. Aker BP had two conventional oil discoveries and one conventional gas discovery in the quarter, and all the sites were in shallow water terrain.