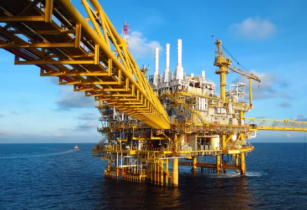 Eco (Atlantic) Oil & Gas has signed a farmout agreement pursuant to which its wholly owned subsidiary, Azinam, will acquire an additional 6.25% participating interest in Block 3B/4B, offshore South Africa from the Lunn Family Trust, one of the shareholders of Ricocure

Block 3B/4B, is located between 120-250 km offshore South Africa in the Orange Basin, directly south of the prolific multibillion barrels discoveries offshore Namibia announced earlier this year by Shell (Graff-1) and TotalEnergies (Venus-1). The 3B/4B Block covers an area of 17,581 sq km and lies in water depths ranging from 300-2500 m. The block partners are currently reprocessing a large 3D seismic survey that will be used to high-grade leads towards identifying drilling targets and preparing for a potential drilling campaign next year.

Gil Holzman, co-founder and CEO of Eco Atlantic, commented, "We are extremely pleased to be increasing our interest in Block 3B/4B, which looks to be a very exciting licence for all the partners involved. We are upbeat about the prospectivity of the licence following the significant oil discoveries made earlier in the year offshore Namibia Orange Basin and we are pleased to be strengthening our working relationship with Ricocure and Africa Oil Corp.  We are seeing growing industry interest in the entire Orange Basin and in particular in Block 3B/4B, and are therefore very happy to have managed to increase our WI on the Block. We are working closely with our partners to progress the technical work required, which includes reprocessing the 3D seismic we have for the Block, in order to evaluate and identify drilling prospects and high grade leads for a drilling campaign we are contemplating for next year. We are set for an exciting couple of months and we look forward to keeping our stakeholders updated as we look to spud the Gazania-1 well on Block 2B, offshore South Africa, in early September 2022."