The COVID-19 has suppressed eastern Mediterranean regional gas demand and crippled LNG spot prices in the first half of 2020, according to GlobalData, a leading data and analytics company 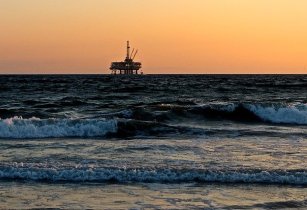 The longer lasting impacts are likely to weaken the demand outlook, which could force reduced gas output from the region until 2023, according to GlobalData.

Daniel Rogers, oil and gas analyst at GlobalData, commented, “Major gas fields including Zohr and Tamar have constrained production in light of diminished domestic demand and an unfavourable LNG market.”

Weak demand and spot prices have curbed LNG exports out of Egypt throughout April, May, and June this year. In addition, the reduced regional demand has constrained gas output and instigated downward revisions of Israel’s forecast gas sales volumes.

Rogers continued, “The 2020 downturn combined with the wider economic impact of COVID-19 have significantly reduced the regional demand growth outlook. With Zohr and Leviathan potentially ramping up to capacity and additional volumes coming from Karish, we could see the region’s gas surplus exceeding export capacity for a number of years. This would mean continued production constraints, likely on the major producing fields, although this could be mitigated if partners can agree to re-start the Damietta LNG plant.

“In the short term, the key gas producers in the region – the likes of BP, Eni, Shell and Delek – are facing weakened LNG spot prices and gas production curtailments. While over the longer term, the lack of active LNG export capacity and muted domestic consumption could prove problematic for recent entrant Chevron and Israel-focused Energean.”