Methane capture projects can emerge as cheap alternative for LNG 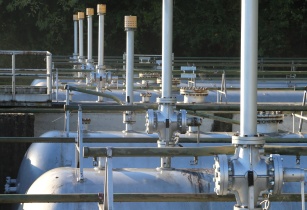 The analysis examined six key regions – North America, North Africa, Central Asia-China, Nigeria, Aussie-ASEAN and Eastern Mediterranean – and found that the elevated price outlook for natural gas makes it economic to capture and commercialise more than 70% of the lost methane and flared gas from those areas, equivalent to 80 bn cu/m of new supply.

Notably, the analysis finds that it could be possible to add 40 bn cu/m of new supply – more than the total annual demand of France – to global markets within just two to three years. Capturing and commercialising this gas would simultaneously reduce GHG emissions by more than 750 mt of CO2 emissions, an amount approximately the size of Germany's total annual emissions.

Methane emission reductions are particularly critical to limit near-term warming as methane is a highly potent, short-lived climate pollutant (with over 80 times more global warming potential than CO2 over a 20-year period), and is estimated to have contributed roughly 30% of global warming to date.

The spike in global gas prices – which began in Fall 2021 and then amplified by the conflict in Ukraine – have particularly enhanced the near-term economics for methane capture projects in regions that have access to the global gas market, the analysis finds.

"The elevated price outlook for natural gas has created a substantial economic opportunity to capture flared gas and methane emissions, especially in the near term," said Eleonor Kramarz, vice president, energy transition consulting, S&P Global Commodity Insights. "While these opportunities will remain economic over the longer term, the strongest incentives are for acting sooner rather than later when it comes to bringing new projects online."

Advancing methane and flare capture and commercialisation projects benefit from well-established technologies that already exist at scale, meaning that there are few technological barriers to deployment, the analysis notes. Still, other impediments need to be overcome.

The analysis identifies key barriers for each of the six target regions across four major categories – export capacity, capital availability, commercial and financing environment, and security risk – and lays out pathways that would enable projects to move forward.

"While the paths forward will be different in each region, there is a consistent need for clear project implementation roles, stronger collaboration between private and public organisations and improved capital availability," Kramarz said. "Bringing together key constituencies will be essential to address barriers and deliver new sources of supply that can strengthen energy security while reducing emissions."

The analysis examines target regions where efforts to capture methane could quickly increase the supply of natural gas in global markets while reducing methane emissions. S&P Global identified key barriers to capturing and commercialising methane across the six target regions selected. Next, it developed abatement pathways that could address these barriers and unlock methane emission reduction opportunities. This work consisted of:

The study was supported by the Environmental Defense Fund.