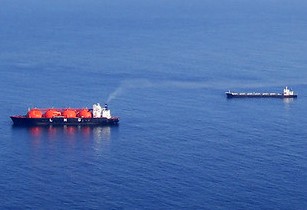 Following the news that Eni has signed an agreement on the supply of LNG with Nigeria LNG, Cao Chai, upstream analyst at data firm GlobalData, offers her views on LNG projects currently under development in Africa

“Africa is aggressively moving forward with securing its share of the global liquefied natural gas (LNG) industry. With the announcement of the long-awaited final investment decision on Nigeria LNG Train 7 just before 2020, Africa is expected to have a total liquefaction capacity of approximately 44 metric tonnes per annum (mtpa) by the mid-2020s.

“Nevertheless, the progression and delivery of the planned and announced LNG projects are dependent on the field development costs, fiscal terms, political and security risks.”

She stated that while positive signs reflect progress with projects in some countries such as greenfield onshore LNG projects in Areas 1 and 4 of Mozambique, cross border Tortue FLNG in Senegal and Mauritania and the expansion of Nigeria LNG Train 7, massive delays are observed in sub-Saharan Africa’s other major planned and announced LNG projects and not all of these developments can move forward.

“The upstream sector has become much more selective in making major investment decisions. The competitiveness of an LNG project is largely based on its feed gas supply and upstream cost, cost of the liquefaction plant and shipping, fiscal and regulatory regimes as well as political uncertainties,” she added.

“Fortuna FLNG in ultra-deepwater Equatorial Guinea did not move forward as Ophir Energy failed to secure finances before the licence expired at the end of 2018; Lukoil recently won the block in the country’s offshore licensing round and the development plan is now under discussion again. The capital intensive onshore LNG project Lindi in Tanzania has been held up for many years, mainly due to the country’s political uncertainty and delays in the approval of a new legal and regulatory framework.

“Natural gas infrastructure in Sub-Saharan Africa is sparse and the absence of a large regional market will also increase the risks of making major investment decisions on the LNG developments. However, project financing and political ricks remain major constraints for these potential projects,” she concluded.