Africa, gas and the future 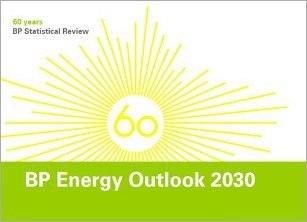 BP's Energy Outlook 2030 projections included natural gas and Africa has plenty; the problem is getting it economically to market

It predicts that global output will continue to rise from around 300 Bcf/d last year to nearly 460 in 2030; at an average increase of 2.1 per cent/yr this will be a slight slowdown on the last 20 years' growth. All-Africa's output will rise much faster than consumption, which will surge in Asia (especially China) most of all. So, “Natural gas is projected to be the fastest growing fossil fuel globally to 2030,” it concludes, “but slows relative to historic patterns as the market base expands and demand-side efficiency measures gain hold.”

It will only be in Europe where declining output from mature fields is likely to reverse the gains seen since 1975. Just as critical to the market will be what happens in North America, where despite recent astonishing increases in production due to hydraulic fracturing of shales output growth will be outpaced by other regions. “African production grows strongly to meet export demand,” the report says, grouping this critical source with the Former Soviet Union, which of course includes market-making Russia.

In broken-down terms the main increase in demand is expected to come from China, other developing countries in Asia and the Middle East. By no means do all of these enjoy their own abundant supplies.

And in terms of gas demand by sector it will be industrial and power generation needs in the non-OECD countries that drive prices most.

Those are the key trends identified in this landmark report, issued in January six months ahead of the company's 61st Statistical Review of World Energy. Amongst the details highlighted are projections that:

Despite this industrialised/non-OECD divide, gas is still expected to displace dirty coal in many of the power plants operated by Western utilities. Following the disaster in Japan we expect it to replace some new nuclear capacity, too.