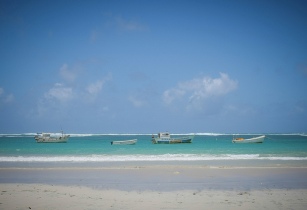 In Q2 of 2017, Somalia is expected to launch its first oil block bid round, it was announced this week in Cape Town during the Africa Oil Week conference

Jamal Mursal, permanent secretary to the Somalian Ministry of Petroleum and Mineral Resources, told the conference that detailed plans, documents and data sets should be available by March 2017 in readiness for bidding on blocks off the coast of Somalia. The 2D seismic survey data of the area, covering 20,566km, has been completed by Spectrum.

Dr Neil Hodgson, executive vice president of geoscience for Spectrum, outlined the geological findings of the survey at the conference and concluded: "This is an oil story, not a gas story."

In readiness for bids, the Somalian government has bolstered the country's legal and regulatory framework. With assistance from the World Bank, the Petroleum Law has been amended in the wake of the country's federalisation and drafting is now complete. A downstream law has been introduced and a new PSA model has been developed with assistance from the World Bank and the African Development Bank.

As well as new legislation, the Somalian government has set up three new bodies to help with the transition to becoming an oil-producing economy. The Council for Natural Resource Management is tasked with overseeing the management of sharing earnings from natural resources and to resolve any disputes that may arise. The Somali Petroleum Authority will regulate mid- and upstream operations, and the Somali National Oil Company (SONOC) has been established as the government-owned company to represent the commercial interest of Somalia and boost downstream activities

Previously, oil exploration in Somalia was mostly conducted onshore starting in the early 1950s, and by 1991, many major IOCs had acreages in Somalia before the collapse of the state. However, with Somalia recovering from more than 20 years of conflict and political instability, seismic data reveals that the real opportunities for the country could lie in offshore deposits.