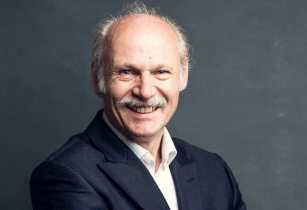 Mr Ritson, who until recently acted as Chairman and Chief Executive of AIM listed oil producer LGO Energy plc, will now take on the executive leadership of Solo at a time when the Company is gaining significant momentum behind its oil and gas assets, notably in Tanzania with the major Ntorya gas discovery and the recent acquisition of a material stake in one of the world’s most prospective helium projects.

Neil Ritson has a Bachelor degree in Geophysics and has over 38 years of industry experience, including senior roles at BP plc such as International Chief Geophysicist, Head of Geoscience Research and Business Unit Leader for both Norway and Alaska Exploration. Neil has worked with various London listed junior oil and gas companies for the last 10 years.

Commenting on his change of role, Neil Ritson said: “This change in role will enable me to dedicate more of my time towards the development of Solo’s exciting portfolio. The portfolio has progressed rapidly in recent months with the large gas condensate discovery in the Ruvuma Basin and the recent acquisition of an interest in the exciting pure play helium project in Tanzania. The Company is entering a busy period of activity as we seek to monetise our interest in Ntorya and provide our technical expertise to advance the other assets within the portfolio. Solo’s team has acquired an excellent, diverse portfolio of non-operated assets in various stages of development and I personally look forward to taking on a greater responsibility as we seek to extract maximum value from our historic and future investments on behalf of our shareholders.”